I thought its time to learn something new in my sparetime so the TurnMachine is my first attemp in building usefull machines with the help of the Arduino development plattform. Arduino is an electronics plattform made especially for artists and people who want to learn microcontroller programming the first time without the hassle of studying electronics in depth. I build this as a finger exercise for future projects and ideas for physical computing and art.

Furthermore I would really like to build more physical modells in Fimo/Clay etc. for concept design so I needed a nice and automated way of making a presentation of these. In a nutshell: the machine turns the table in a predefined step length (eg. 25 steps, its capable of a max. of 200 steps per revolution, min. step size 1.9°), sends a signal to the attached camera which then takes a photo and turns to the next step until it has finished the choosen steps. Im a big fan of automation softwarewise, so I love the idea of automate physical things! 🙂

The programm code was written in the Arduino IDE (Its more or less like C++ but there are many functions that makes life way easier) and then burned to a standalone Atmel ATMega328P microcontroller with an Arduino bootloader pre-installed. 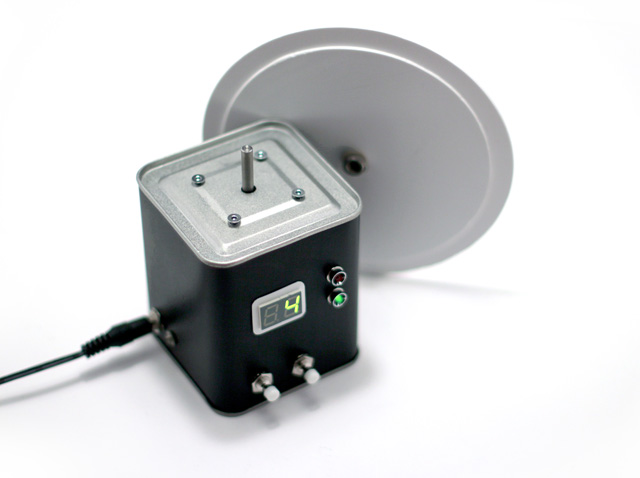 First of all the setup and circuit was tested on a breadboard. This kind of prototyping was very usefull for me while developing. I didnt really know very much about electronics before so it was nice and fast approach. 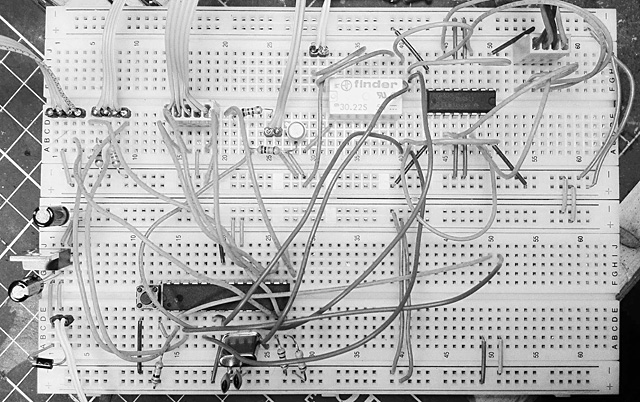 Afterwards the circuit was transfered and soldered together to a circuit board. 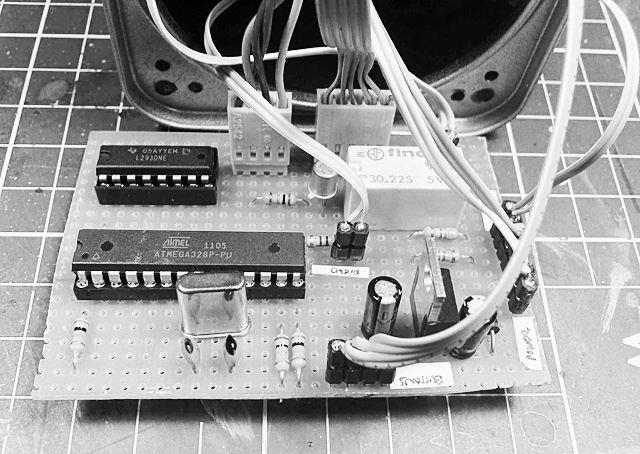 I used an old metal tea pot as case. I liked the packaging of the tea so much! 🙂 To get all components inside the package I divided the controll board in parts. The mainboard has all components that controlls the machine. 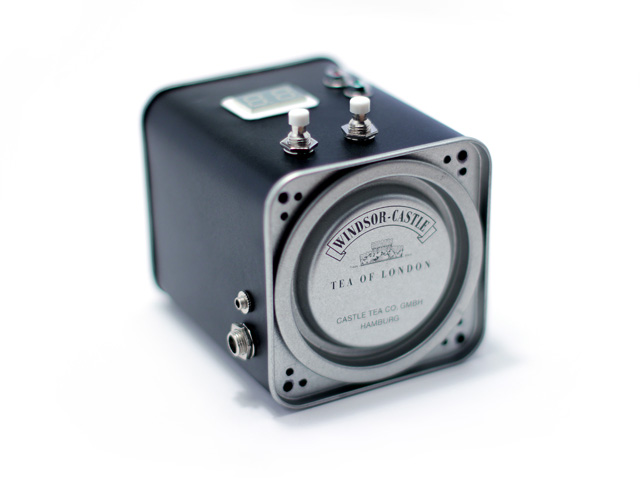 I have implemented a preset concept to choose how many times the camera shoots a frame in one revolution of the table.

But there is a thing I did not consider: the stepper motor vibrates a lot while moving. So it ist important to secure the object and the table itself to its ground. Maybe I put some lead in the case to make it heavy and therefore it will not move that much.

Next stop: a motion control rig for stop-motion animation! But wait! Before I need a CNC machine! Hehe… 🙂